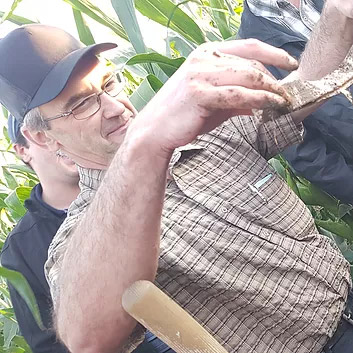 What was your ‘aha’ moment?

“For many years I had been growing forages so I was keeping something green for harvest after wheat or between other crops. After a while I thought I should do some soil testing to see how badly I had been mining the soil. But it was the opposite. I had increased the organic matter.  That’s when I realize that keeping the soil covered in green plants is the best way to build soil.”

“Since then, I’ve used strip till, cover crops and now interseeding into corn. It is working great. “